In closing out my birthday I joined a group of runners for the MOT 50 Mile. Kevin Green of Just Finish created this run last year and I was one of the inaugural runners. So why not with this perfect timing continue a tradition for the 2nd Annual run.  This year with more word about it 17 runners came out for the event. The run starts at midnight and you have twelve hours to complete the out & back. The actual course is 26.4 miles each way.

So at 11:59:30 on May 13 I got a birthday start. Within one minute that lead was short lived and I was joined by the entire group. Conversation was plentiful and the sky was ideal. Then five minutes later the rain started coming down hard. I turned to Jeff and mentioned, "wow I don't think it can actually rain harder than this." Well Mother Nature proved me wrong with an even heavier rain. Headlamps were reduced to minimal lighting because of this. For about two hours this continued; causing some to turn around. The lighting would illuminate the path for a good several seconds. During those flashes you could see for what it felt like a mile head as clear as day.

Reaching the first aid station in 2:05:10 which is about 11 miles into the course the rain had just ended. Completely soaked through all my layers and improper planning I had no fresh clothes to change into for the night. I got my bag out refilling both my bottles with Cytomax and grabbed some beef jerky. The group had started to thin out. I was feeling good with the pace at hand. My entire focus of this run was improving my hydration. Throughout the day I drank all until I felt full then emptied my system out and repeated. This way I knew starting the night I was fully hydrated.  As clockwork I drank down 20 ounces every hour and relieved my system of those about 20 ounces within the hour.  A lot of my past runs I become lazy or forgetful to drink enough. I usually realize it when I stop to urinate and only a few ounces come out.  In a previous post I talked about how in the Umstead 100 I had taxed my body so hard that I later ended passing kidney stones three months later. Also a few weeks ago in the Texas heat everyone around me was soaked from sweat and I was completely dry & unable to relieve myself. Tonight with the focus primarily on that I was able to have a successful experience.

As the run progressed I reflected upon why I enjoy running. A large part is the adventure; running through the wilderness, seeing nature, really taking in the moments powered by my own abilities. Knowing that Leadville is less than 100 days away I began to take in the images from running it last year. Traveling along this paved bike path from one city to another is sort of the same. It takes a lot mentally to push oneself along throughout the night. There are a lot of moments that you just feel blah and there a those moments you feel on top of the world. 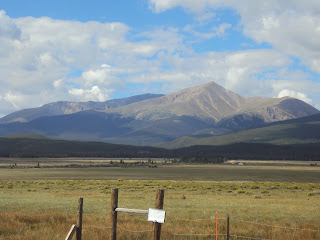 Entering into the second aid station at the turn-around point of 26.4 miles in 5 hours 20 minutes I called it a night. To my surprise I had started some chafing on both my thighs on the inside. In addition, having soaked socks my feet were not in the best place to make the return trip. I went into my drop bag getting out my birthday cupcake and enjoy it.  It seems the weather was a factor for a lot of the runners causing ten of the seventeen to drop by this point.  The volunteers gave me a lift back to my car after the last runner cleared the station. The volunteers that come out to help are amazing. I cant think of too many people that would come out to support a race from midnight to noon just to help a bunch of random people run through the night. This speaks loud to the type of people that are in the endurance community. Without them having to mule one's own supplies for 56 miles would be very miserable.

Looking forward to joining the 3rd annual run. Being more prepared will help ensure I complete it. The first year I believe I finished just under 11 hours (including the time I spent off the course because of some confusion on where to go) which I got even more extra miles. Those miles were some of the most memorable I will say.
Posted by Unknown at 12:28 PM